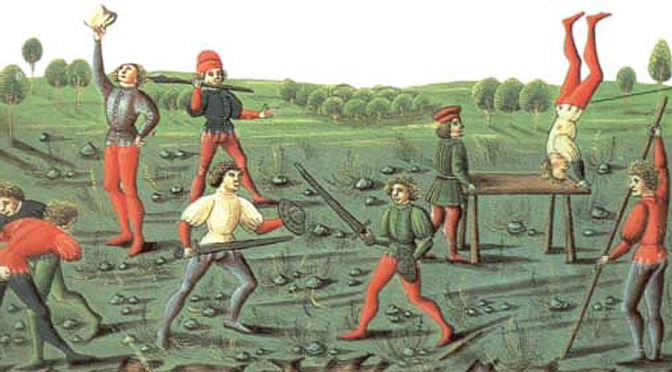 The “Martial Arts” are literally,  the “Arts of Mars”, the Roman god of war, so it should be no surprise that Europe boasts a complex martial culture that extends back into antiquity and continues to this day. The Chicago Swordplay Guild connects with this tradition of Western martial arts by training in the historical fighting arts of Medieval and Renaissance Italy (1350 – 1650)